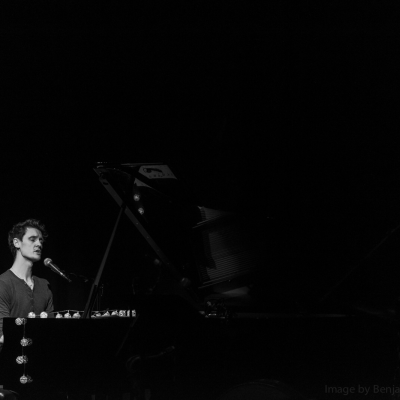 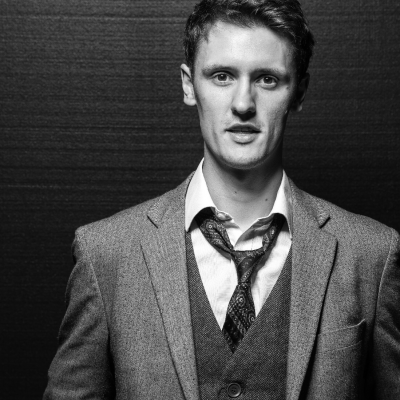 Since releasing his debut album in 2015 (“as close to perfection as a debut will ever be.” UKVIBE), the pianist and singer Theo Jackson has played at top venues including The Kennedy Center (US), Jazzahead (Germany) Love Supreme Festival, Royal Albert Hall etc.

After moving away from music to work in community projects, Theo re-emerged into music by building his own series of pop-up jazz clubs which have now staged sold-out shows in Tokyo, London, Barcelona, New York, and San Francisco.

His energetic and sometimes frenetic performance style is indicative of his love of live music and his sound is informed by a wide array of influences, from Wonder to Monk, Joni Mitchell to Bartok, Bill Evans to Bill Withers!

“One of the most interesting jazz vocalists and composers to emerge on the British scene in recent years, Jackson can flit between ballads and rapid-fire scatting in the blink of an eye” – THE DAILY TELEGRAPH

“a genuine jazz talent . . . it is safe to say he has a bright future.” JAZZ JOURNAL

“Proving that he can live up to the hype.” METRO

“Listen out for Jackson’s beguiling songwriting skills delivered via his strong earthy vocals and alluring charm.” TIME OUT LONDON

The Hampstead Jazz Club is excited to welcome back maestro of trumpet and inspiring composer for an exciting performance with Theo Jackson and his beguiling piano skills.

Traveling the world for two years of inspiration, adventure and a bit of self-indulgence, trumpeter and latterly vocalist Jay Phelps has distilled his many exotic experiences into the creation of Free As The Birds – released spring 2018 on Ropeadope Records. These works contain melding influences from his Canadian roots and his adopted home town of London.

Phelps, who burst onto the international jazz scene as co-founder of the award-winning super group Empirical, has penned an album that caters to the listeners across the board. This 90-min album covers a wide spectrum of musical styles and rhythms, but also carries a unified theme. As well as featuring Phelps’ current touring band, this album also features some of the worlds top musicians from New York and Brazil. Music for our time!

“…he has been compared to Wynton Marsalis, but Phelps has much more of a playful side to his approach.” – All About Jazz

“Suave trumpeter Jay Phelps has serious jazz chops – his technique issecond to none and he’s a great entertainer too.” – Time Out, London

“Assured, clever, fluent, with a lovely soft-edged tone, he is already a player you could easily recognise after hearing him just once” – The Observer