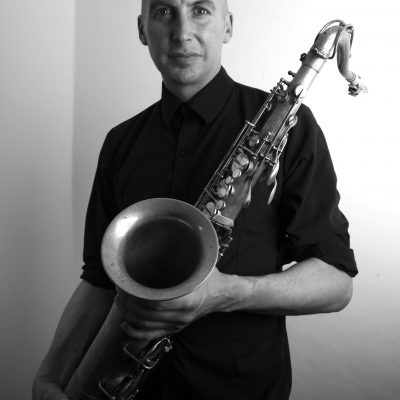 Enjoy a night of gracious original music featuring the fascinating woodwind talents of Rob Hughes on Saxophone and Flute, accompanied by a notorious line-up of some of the industry’s best.

Experienced London-based musician and composer Rob Hughes is a lauded multi-talented musician with an extensive list of live performances to his credit including playing for: Billy Ocean, Gary Barlow, Gloria Gaynor, M-People, Rick Astley, All Saints, ABC, Frankie Goes To Hollywood, Anastacia and many more.

Thrilling audiences for many years with his multi-skilled musicianship as Sax, Flute & keyboard player, sees Rob regularly performing at London’s prestigious Ronnie Scott’s, 606 Club and The Royal Albert Hall, in addition to a string of successful International appearances.

His fascinating debut album ‘Butterfly’ was released in 2006 and was followed by an equally delicious collaborative second album ‘The London Experiment’ in 2010, and then came album no. 3 ‘Rob Hughes Live​’​ .

Rob is currently working on his fourth album and The Hampstead Jazz Club is pleased to be hosting this gripping evening where he will be revealing some of his new compositions.

Growing up on a farm in the midlands, Rob moved to London to study music at Goldsmiths. Since graduating in 1997 he has gone onto perform all over the world performing alongside many well know popular artists as well as still managing to find the time to write his own compositions by releasing 3 albums to date.

Together with an esteemed line-up of some of the best musicians in town, Rob’s quintet will brew up a musical storm as this quintet of quality musical compositions will leave you gasping for more!

‘Hughes has his own style, very lyrical and very musically satisfying ‘ – Jazz wise

This is a fully seated event.  Seats are not numbered and will be allocated on a first come first serve basis, as are seats at shared tables for 4.