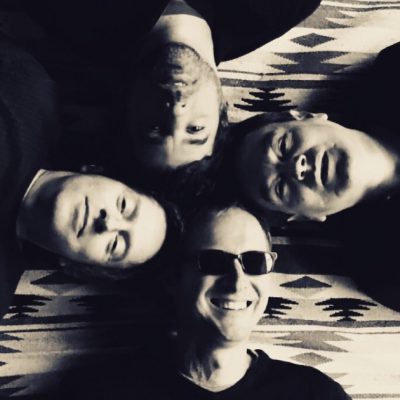 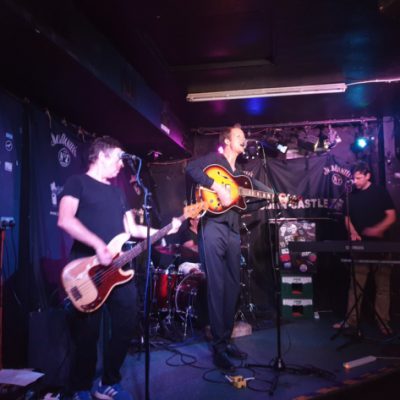 “As their name suggests, Ridiculous aren’t taking themselves too seriously – and if you weren’t sure where they hail from, the lyric “who wants to be a millionaire,” might give away their Hampstead stock,” wrote Harry Taylor of the Ham & High after seeing the band blow the The Dublin Castle away this summer.

Formed in the Spring of 2018, Ridiculous are, technically, a new band, but between them have some considerable experience and masterful musicianship.
The four-piece rock band is made up of an 80s pop star, a screen composer, a satirical magazine editor and a session bassist who has played with Roger Daltrey and Queen’s Roger Taylor.
Jon Moss – famed as drummer of Culture Club
Erran Baron Cohen –  composer of the soundtracks to the hugely successful Borat and Brüno
Pete Noone – who has shared stages with the likes of The Who’s Roger Daltrey and Queen’s Roger Taylor
Basti Wocker gangly frontman, singer-songwriter , whose uplifting and thought provoking songs have been published by Universal, Chrysalis and Cherry Records under various artist names Don Sebastiano, Yeahforce One and Yeah.
Ridiculous are a band that will put a smile on your face then blow your mind.  Their bouncy Beatle-esque indie sound occasionally, and rudely, interrupted by an almost Stranglers-cum-New York Dolls irreverence. Ridiculous Rock!
Soho Radio recently dubbed the Ridiculous sound: ‘shimmering psych-pop of a sunny disposition,’ going on to praise the band’s music as ‘absolutely fantastic –– beautiful, glorious!’
“Ridiculous treated the crowd to a mix of self described “bouncy” tracks with more thoughtful considered ones to boot. It’s a sign of a good outfit that they’re able to be reflective and frivolous at the same time. Lead singer and guitarist Wocker, playing alongside Moss on drums and keyboard and trumpet player Erran, might not be the best known musician in the band, but his stage presence and vocals kept the performance together and lent the songs an earnest feel.” –– Harry Taylor, Ham&High
Read more about this incredible collaboration here.