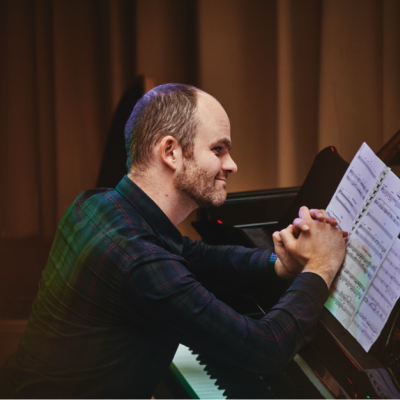 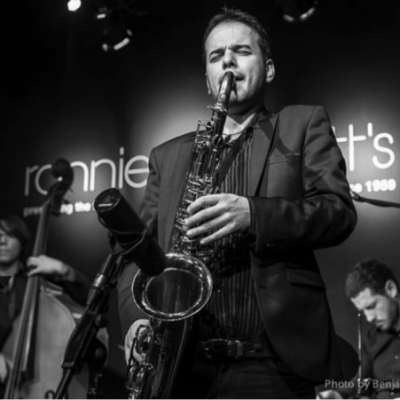 Pianist Paul Edis and saxophonist Vasilis Xenopoulos have been performing together for over 15 years. In 2017 they released their duo recording A Narrow Escape, which featured original compositions alongside new arrangements of standards from the straight-ahead jazz repertoire.

For this performance they are joined by double bassist Adam King and drummer Joel Barford to perform new music and arrangements from Edis and Xenopoulos.

‘Brilliant young pianist’ and composer Paul Edis is rooted in the straight-ahead swinging tradition, but always seeking out and exploring new sounds.  Nobody sounds quite like him or transports you to the places he travels to with his music. Simultaneously soothing and stirring, rapturous yet relaxed, Edis is a natural melodist who finds the emotional resonance of every note. With an unmistakable style that sounds like the missing link between Bill Evans, Brad Mehldau and Claude Debussy, he plays without a trace of bombast or affectation.

Saxophonist, composer and educator Vasilis Xenopoulos is one of the most accomplished Greek jazz musicians of his generation and a genuine representative of straight ahead jazz.

In 2009 he formed “The Xtet” and their debut album “Loud City” containing 8 original compositions was released on 33Jazz Records in 2011. Two years later he released his second album “The Wind Machine” under the same label, which gained some fine reviews in the top British media such as The Times and BBC radio 3.

“A tremendous asset to the UK jazz scene” – London Jazz