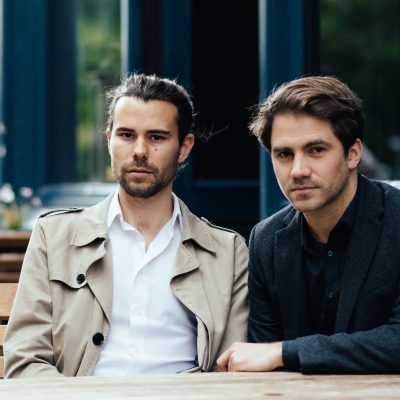 Both award-winning, internationally recognised musicians in their own right, vibraphonist Lewis Wright and pianist Kit Downes make one of the most virtuosic and original duos in recent years. From exhilarating up-tempo improvising to lyrical ballads, they explore a landscape of music that blurs the boundaries between the scored and the improvised.

Award-winning vibraphonist Lewis Wright has released his debut album, Duets, on Signum Classics. The album, featuring duets for vibraphone and piano all composed by Wright, also features virtuoso pianist Kit Downes, whom Wright has known and performed with since childhood. Although he has written for and recorded multiple albums with award-winning ensemble Empirical amongst others, this album marks Wright’s first solo venture as a composer.

With such limited material currently available for vibraphone and piano, these compositions are an important addition to the repertoire and explore both the rhythmic and polyphonic capabilities of both instruments. These compositions also marry together many of Wright’s musical influences, from his first love, jazz, through to classical composers such as Debussy and Bartók.

While Wright is an accomplished multi-instrumentalist (as a drummer, he’s worked with such high-profile artists such as Michael Kiwanuka and Joss Stone), the vibraphone is where he feels his individual expression is strongest, making these compositions and this recording particularly powerful.

Internationally-renowned as a performer, Wright was awarded the Worshipful Company of Musicians prize in 2011 and was nominated for Rising Star in the 2016 Downbeat International Critics Poll.

“I’m particularly excited about this album, not only because it is the first album I have solely composed and produced, but also because it documents a 20+ year musical relationship between myself and Kit Downes. It’s quite an unusual combination of instruments, and in this duo setting it offers the composer and performers great freedom to explore different musical roles.”

This is a fully seated event.  Seats are not numbered and will be allocated on a first come first serve basis, as are seats at tables. Where a table is available and the booking is for less than 4 persons, you will be seated and share a table for 4.