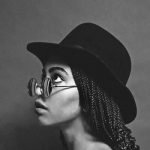 Seats are not numbered and will be allocated on a first come first serve basis.

The Hampstead Jazz Club is pleased to announce its debut “Live @HJC” series, where artists are invited to give a special performance which is recorded live. HJC will release a best of Live @HJC in the future for its audience to take home some of the best live performances @HJC. Kicking off the series, is artist-in-residence Judi Jackson with her band, will perform a single set from a selection of her own songs from her debut album and some well known standards. This will be a special evening and tickets are very limited.