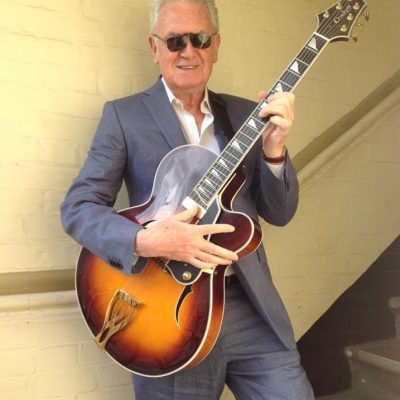 A night of heavenly guitar with the Godfather of Jazz Guitar accompanied by some very talented fast rising musicians in the industry today.

Jim Mullen is an acclaimed guitarist and part of the elite list of world renowned first class musicians with his inimitable mellow jazz guitar sound. His accolades and appearances over decades is too long to list and include featuring on the first three albums and touring with the “Average White Band”.

Jim’s collaborative work with the best in the industry led to his acclaim as joint leader of the hugely popular British jazz funk band ‘Morrissey-Mullen’.

Mullen went on to release three successful solo albums and continues to be a sought after musician both in his own right and through his work with other industry greats as the guitarist of choice for: Sir Paul McCartney, Claire Martin, Jocelyn Brown.

As part of an All-Star collective of musicians, Mullen recorded alongside special guests Jocelyn Brown, Hamish Stuart and Angelo Starr on the album “All About Music” produced by Sir Paul McCartney.

In 2014, he featured prominently on the Citrus Sun album, ‘People of Tomorrow’, produced by Incognito co-founder, Jean-Paul ‘Bluey’ Maunick.