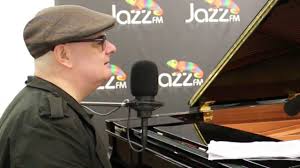 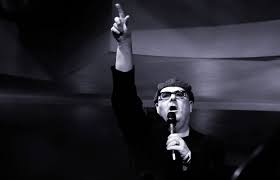 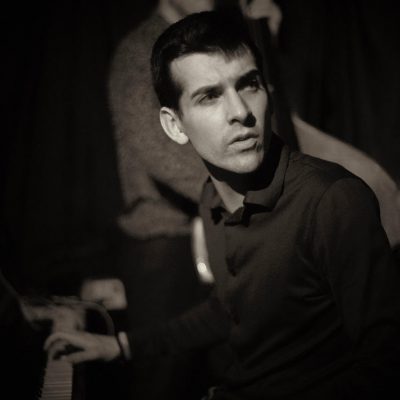 Multi-award winner as best jazz vocalist – BBC Jazz Awards 2007 and 2004 and Parliamentary Jazz Awards 2018, alongside nominations from the Jazz FM Awards 2013 and Downbeat Magazine 2017 – Ian Shaw has amassed a number of highly acclaimed internationally released albums and is a popular performer both in the UK and the US. He has been cited, along with Mark Murphy and Kurt Elling, as one of the world’s finest male jazz vocalists.

This evening will feature the accomplished collection of songs, capturing Shaw’s superlative voice which showcases his versatility and excellence as one of UK’s most renowned masters of song.

Consummate jazz vocalist and pianist Ian Shaw first emerged onto the international jazz scene after his warm and agile voice was heard on the soundtrack of Richard Curtis’ hit film, Four Weddings and a Funeral. Since his auspicious debut, the Welsh-born and London-based Shaw has created some of the most intriguing jazz vocal recordings in recent memory – and his latest offering is no exception. In his own words, Shine Sister Shine is a “celebration of the actions and art of extraordinary women.” lesley-mitchell-clarke, thewholenote.com

Shaw’s ongoing and highly popular collaboration is a celebrated duet show with Claire Martin, the UK’s finest female jazz singer (he also guested on her 2002 album Too Darn Hot! (Linn AKD 243)). Together they have toured the world in an intimate duo setting with Shaw playing piano and with the BBC Big Band. They co-hosted the 2004 BBC Jazz Awards.

Ian’s most recently acclaimed work is his new album ‘Shine Sister Shine’.  Shaw’s diverse skills as both a performer and songwriter have created this masterpiece, which celebrates the actions and art of extraordinary women in the world. This poignant piece of musical genius is true life storytelling at its best.  Touching on the struggle and effects on women, as a response to recent world events and effects on women, particularly refugees, alongside whom Shaw has worked for the last two years, it is an album which highlights the deep pain of that struggle and the resounding hope to freedom.

He is a fabulous singer whatever the musical genre, equally at home with jazz, pop or soul. As an accomplished pianist and songwriter, he plays on three of the tracks here, including the very moving Keep Walking (Song for Sara) written about a stranded Eritrean woman refugee.

Emotive music and transporting lyrical interpretation is undoubtedly more powerful when one immerses in a point in time to see and feel first hand that experience which inspires a musical masterpiece.  Shaw’s personal beliefs as a long-time equal-rights campaigner adds an unparalleled depth along with catchy hooks, swinging grooves and a feeling that change is finally coming.

Shaw’s versatility and juxtaposition of song choice is uniquely refreshing against any confines of mainstream expectation. Don’t Know Enough About You, jointly written by Dave Barbour and Peggy Lee is the perfect canvas where Shaw’s flexibility as a Jazz male singer is apparent and polished through his impeccable phrasing and tonality. In total contrast, the Alicia Keys hit Empire State Of Mind (New York), that great modern ode to the city is given the Shaw treatment of respecting the essence of the song alongside a jazz influenced arrangement with a crystal piano solo.

Ian Shaw will communicate his deepest feelings and passions with improvisations of excellence and skill, respecting all genres and styles of music ranging from Joni Mitchell, Peggy Lee to iconic jazz greats such as Mark Murphy.

“Shaw and his trio leave most of their peers at the starting gate.”
★★★★ review in The Telegraph

“Shaw’s ability to cut to the emotional heart of a song remains astonishing.”
★★★★ review in Jazzwise

Jamie Safir is a 27 year-old pianist, composer and arranger highly in-demand in jazz, pop and musical theatre in the UK. He has worked regularly with Will Young over the last 3 years and also performed with the likes of The Brand New Heavies, Olly Murs, Rebecca Ferguson & Steps. Within the London Jazz Scene, Jamie has an ongoing collaboration with award-winning vocalist Ian Shaw as well as having worked with Liane Carroll, Natalie Williams, Stan Sulzman, Iain Ballamy, Barb Jungr and the Ronnie Scott’s All Stars.