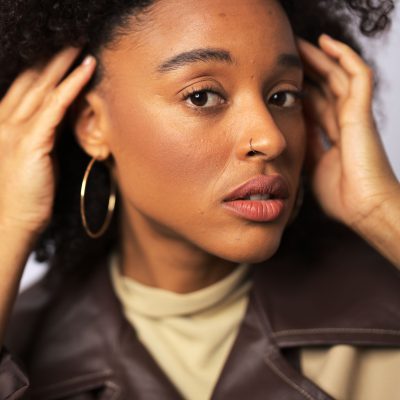 HJC Presents at PizzaExpress, Holborn - An Evening with Jordan Jackson

Hampstead Jazz Club in partnership with PizzaExpress Live, proudly presents up and coming jazz/soul vocalist Jordan Jackson and her trio. Following her sold out shows at the Hampstead Jazz Club, Jordan Jackson is thrilled for her debut show at PizzaExpress. Sharing a selection of originals plus her favourite jazz and soul numbers, Jordan Jackson will captivate you with her warm stage persona and heartfelt vocals. A typical concert has the audience clapping and singing along in chorus with Jordan and her band. Get ready for a soulful night!

London-born songstress, Jordan Jackson sings songs of love, heartbreak and self-affirmation. With a warm powerful voice, spritely piano chords and a groovy rhythm section, she has a powerful aura on stage which is both captivating and heartfelt. Drawing from personal experiences, she is popular for inviting the audience into her musical universe through her honest storytelling. With a focus on inclusivity, spanning generations and cultural background, her music encompasses an uplifting energy as dynamic as Jordan Jackson’s positive persona.Having played at prestigious venues such as London’s Ronnie Scott’s Bar and The Jazz Cafe she has had the honour of opening for the likes of Incognito, The Sugar Hill Gang, Glorya Gaynor and Omar at the Happy Days festival in 2016 and 2018. With a love for intimate concerts, Jordan has received fantastic responses after playing for Sofar Sounds at their popular living room shows including in Malmo, Cologne, Tallinn, Copenhagen and London.Her music has been featured on BBC radio, Elle magazine, Bands of Tomorrow, and The Copenhagen Jazz Festival described her music as, “Corrine Bailey Rae, Amy Winehouse and Erykah Badu in one.” A typical concert has the audience clapping and singing along in chorus with Jordan and her band: Danish drummer Johannes Bohn, Italian guitarist, Claudio Suriano and Brazilian bassist Romulo Duarte de Oliveira.