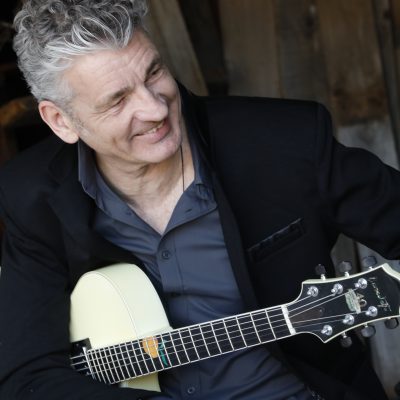 We are pleased to announce that one of the most exciting and significant soul musicians on the modern British stage Tony Momrelle will be a Special Guest with Chris Standring for all shows.

After establishing himself as a popular mainstay in the contemporary urban jazz genre with infectious R&B driven hits like “Cool Shades” (from Velvet), “Hip Sway” (title track from his 2000 album), “Ain’t Mad Atcha” (2003’s Groovalicious) and “I Can’t Help Myself” (from 2006’s Soul Express), Standring decided it was time to push his muse into offbeat and uncharted territory. His appreciative fans, radio programmers and critics fully embraced Blue Bolero (whose single “Bossa Blue” became the #1 Billboard Contemporary Jazz Track of the Year).

A Best Of Chris Standring Remixed album was released 2019, featuring some of Chris’s most popular compositions realized in a whole new way. The album, released on vinyl for the first time, was launched at Hampstead Jazz Club in London.

A notable music producer in his own right, he has also scored five #1 Billboard hits for other artists.

Chris Standring’s 12th solo album Sunlight, released 2018, featured the legendary pianist Bob James, vocalist Mica Paris and a host of some of the finest players in the world. Real Life came April 2020 and spawned two number 1 Billboard hit singles with “Is There A Doctor In The House?” and “Shake You Up”.