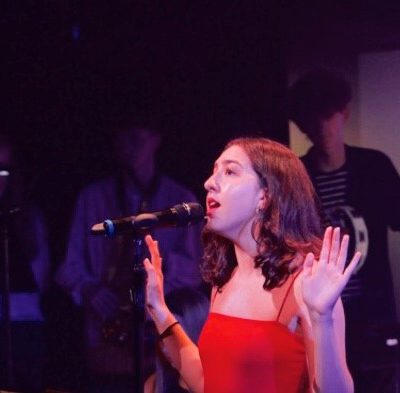 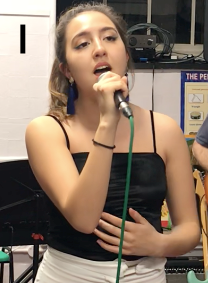 The Hampstead Jazz Club is proud to support young musicians and artists and launching the “All Stars” presents programme, our much-loved ‘All Stars’ will present three singer songwriters.

The evening will provide an opportunity for artists to perform their own material and also some standards with the “All Stars” – trio.

Making their debut at the Jazz Club are:

Inspired by the recent breakout success of fellow young artists Billie Eilish and Clairo, she persuaded her parents to purchase a used Macbook, downloaded Logic, watched YouTube tutorials and began to write and produce her own material, while studying musical theatre at college.

Her vocal has been likened to Billie Holiday, Minnie Riperton and Lily Allen to name a few.

She is currently busy in the recording studio and will be performing tracks from her unreleased debut material.

Honey will be accompanied by jazz guitarist Dan Rogerson for her own material as well as performing standards with the “All-Stars” Trio.

Just starting out in the professional music world; having recently graduated from Tring Park School for the Performing Arts, Isabella Kimber, also known as  ‘Ezzi,’ is an 18 year old singer songwriter from Hertfordshire. Her passion for music began at a young age when she started learning classical piano. From there she went on to study at Sylvia Young Theatre School for five years and then Tring Park for two, focusing on both her academic studies and voice. At Tring she was on the ‘Commercial Music Course’ and performed at a number of venues across London including the 606 Club Chelsea. Currently on a gap year she is working on her original material to release in the near future.

A 22 year old singer songwriter from London, currently studying a Masters in Songwriting at ICMP (Institute of Contemporary Music Performance). She has played many gigs/festivals in Exeter as well as London and always say yes to the opportunity to perform. Her music is described as a mixture between folk and pop with her main influences when she writes are usually people and difficult experiences throughout life. Writing really helps her to release anger, stress and tension. Musical influences are Fleetwood Mac, The Tallest Man on Earth, Lissie and London Grammar. Leah is releasing an EP onto all music streaming services by the end of this month.

Listen to her demo track here.