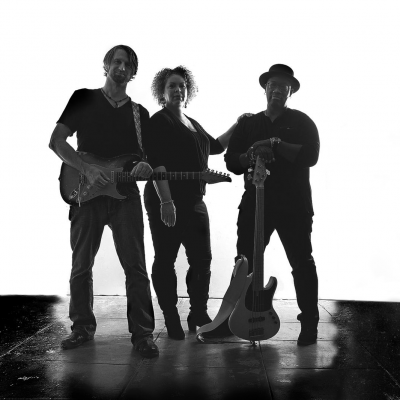 Led by bassist, Darryl Anders, one of the most in-demand musicians in the world,
this funky band of soul brothers and sisters somehow always manage to sound tight but loose at the same time. Mixing up a potent signature stew of soul, jazz and funk, it’s easy to see why AgapéSoul have been kicking up a serious storm on both sides of the Atlantic.

AgapéSoul’s album Conversations is driven by Anders’ singular musical vision that taps into a deep universal truth extending from the core idea of the band’s driving concept. “The name AgapéSoul comes from the idea of God’s agape love for mankind, soul – the place within in us where music comes from, and our overarching love for that music,” the bassist says.

“The return of Real Soul music! Darryl Anders returns with his star studded band AgapeSoul and delivers another knockout album! “Conversations” showcases musicians at the very top of their game; embellished with inspiring and thought-provoking lyrics; all conveyed by a cast of outstanding vocalists including the sublime voice of long time collaborator Zoe Ellis and gospel icon Tommy Sims. Real soul music in a digitally infused world, “Conversations” goes to places most others simply do not, essential!” – Paul Goldsmith, DJ – Select Soul